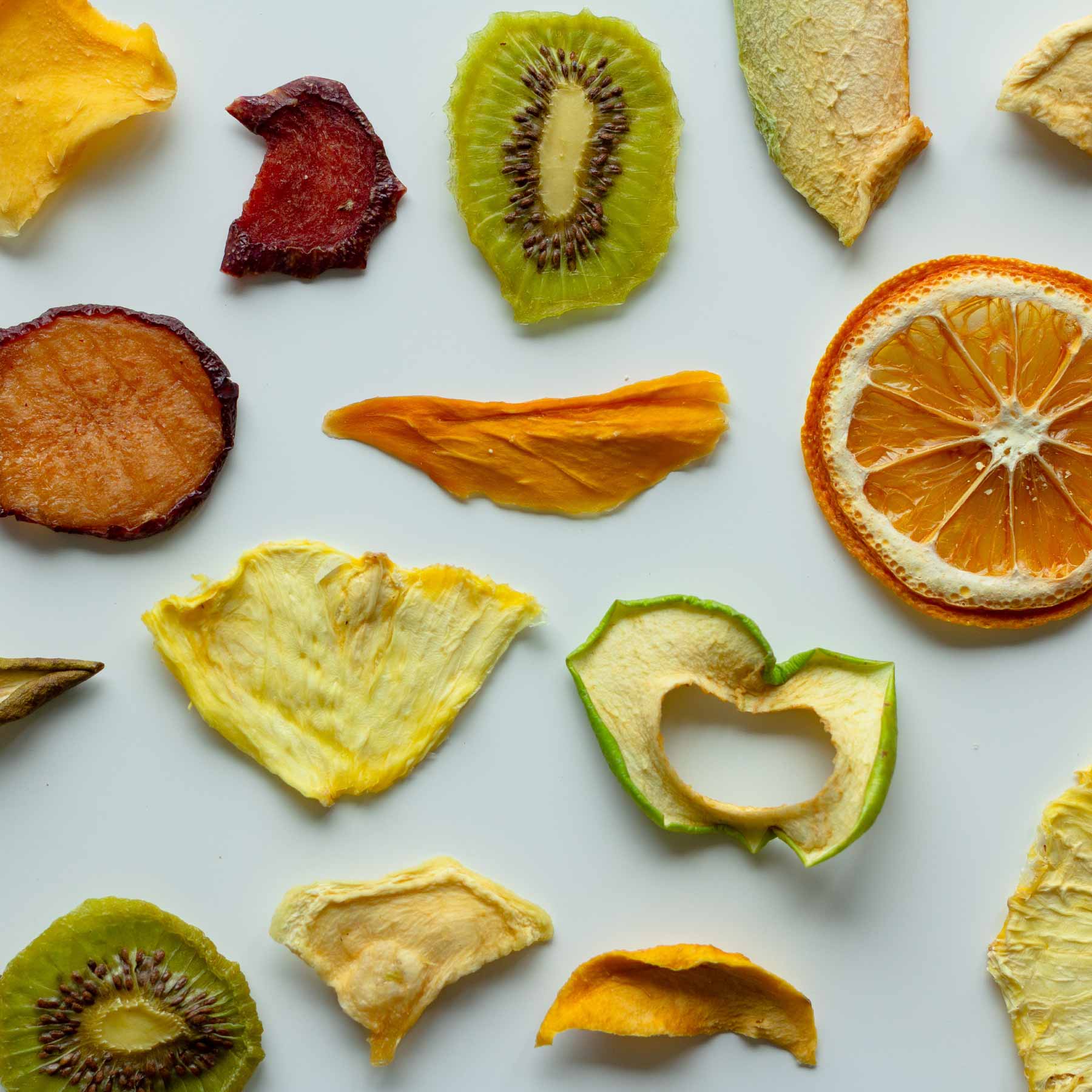 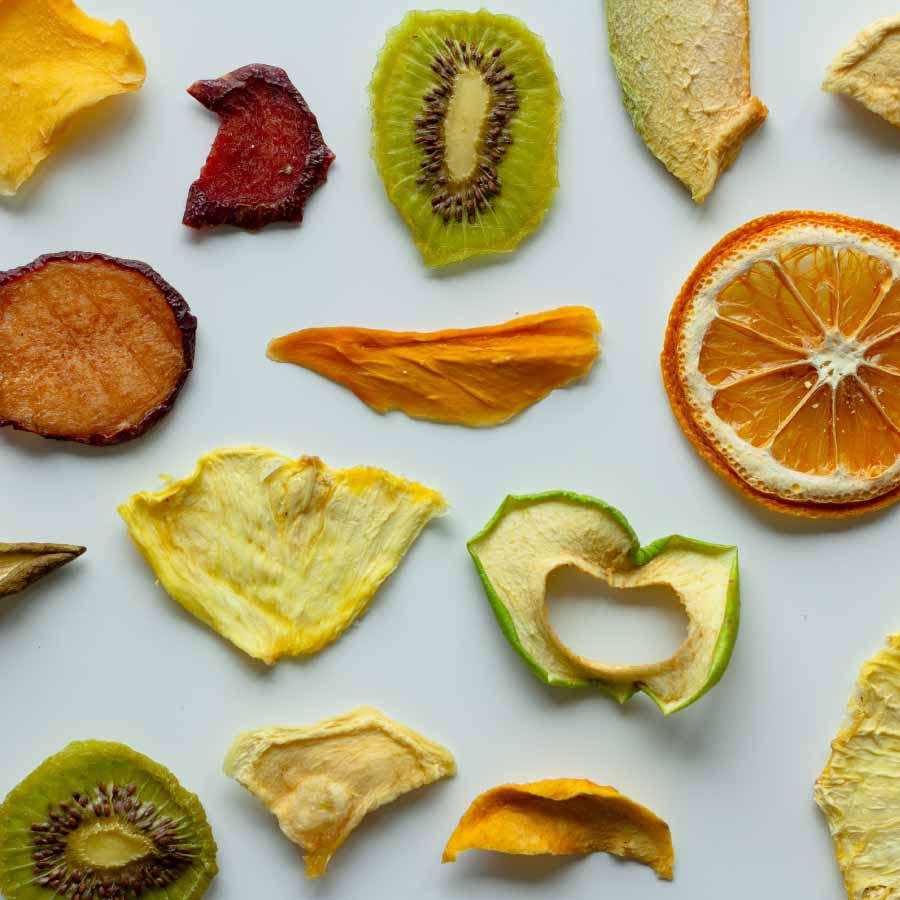 Or how to make beef jerky and fruit roll-ups at home. 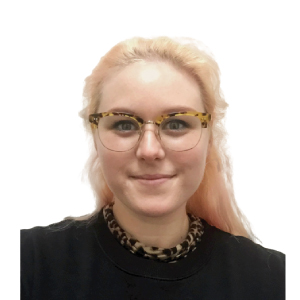 Words by
Elese Dowden
Updated
Jan 22, 2021
Category ->
Kitchen
To keep Cosier guides free, we’re reader supported. That means if you buy something via a link on this page, we might earn a commission. Thanks for that. Learn more

Whether you're a foodie gardener looking for a novel way to save your summer harvest, or an avid outdoorsy-type with a taste for tramping, a food dehydrator should be at the top of your wishlist. The best food dehydrator has several sturdy trays for stacking produce or meat, as well as a timer and a thermostat with a wide temperature range. We've rounded up Australia's fave food dehydrators so you can start making tasty lunchbox treats and snacks at home.

Food dehydrators aren't easy to find. We'd usually start by checking CHOICE, Australia's biggest consumer advocacy group, but they haven't reviewed food dehydrators. We headed over to ProductReview.com.au to see what Aussies had to say about the various models.

There were plenty to choose from, but not all were readily available in Australia. This made our job straightforward. We culled the list down to what was available, then it was one final virtual shopping swoop to be sure we hadn't missed anything. That's how we ended up with our list of the 6 best food dehydrators in Australia.

The 6 best food dehydrators in Australia

Food dehydrators aren't easy to find. We'd usually start by checking CHOICE, Australia's biggest consumer advocacy group, but they haven't reviewed food dehydrators. We headed over to ProductReview.com.au to see what Aussies had to say about the various models.

There were plenty to choose from, but not all were readily available in Australia. This made our job straightforward. We culled the list down to what was available, then it was one final virtual shopping swoop to be sure we hadn't missed anything. That's how we ended up with our list of the 6 best food dehydrators in Australia.

Best for most -> BioChef Arizona

We're impressed by these well-priced horizontal dehydrators, which start at a very reasonable $249. They're made from BPA-free plastic with quality stainless steel trays, and you can adjust their thermostats between 35 and 70 degrees celsius. The 24 hour digital timers and digital display make for easy programming, and the 3-year warranty offers peace of mind.

BioChef's Arizona dehydrators score well with Aussies on ProductReview.com.au, with the 6-tray, 8-tray and 10-tray models all scoring 4.5 stars or more from 70 combined reviews. Aussies love the 'set and forget' timer function, and say they make minimal noise. These versatile machines come with non-stick slips for rollup recipes, and fine mesh sheets for drying smaller produce like grapes or nuts.

You want a reliable mid-range dehydrator at a reasonable price.

The Excalibur dehydrators are well-known among food nerds as some of the best in the world. While they're harder to find in Australia, the popular 9-tray 4926T models are worth the fuss. They're well-designed with 9 trays, a 26-hour timer, and no-nonsense dial controls with clear temperature guides. The thermostat goes between 40 and 75 degrees celsius, using Excalibur's Parallexx airflow system to dry food faster and retain more nutrients.

What sets the Excalibur apart from the rest is the Hyperwave technology. It's more than just fancy marketing: this dehydrator changes the heat throughout the drying cycle to get rid of moisture while preventing yeast, mould or bacteria from growing. Reviewers on ProductReview.com.au say it holds heaps of produce at once. The fan is quiet, and there's no need to rotate trays. At around $549, it's not the cheapest dehydrator of the bunch, but if I was getting a dehydrator, this is what I'd get.

You're a dedicated foodie who's serious about dehydrating.

The EziDri Snackmaker is a vertical dehydrator that comes with 5 stackable trays, 1 solid sheet, and 1 mesh sheet. You can dry anywhere from 5-15 trays of food items in one go, which is perfect for school lunches, although you'll need to buy extra trays if you want to do bulk batches. This machine has a 24-hour timer, and the temperature ranges between 30 and 60 degrees celsius.

Aussies on ProductReview.com.au are pretty happy with the EziDri Snackmaker, scoring it 4 stars from nearly 20 reviews. While most find them reliable, two reviewers found faults with their machines. We like that these dehydrators are readily available from major retailers. Their major downside is that at just over $200, they're a little pricey for a basic product.

You want a basic machine for fruit roll-ups and jerky.

The Sunbeam Food Lab is easy to find in Australia, and is fairly priced at around $199. It's a horizontal dehydrator with electronic temperature control. These are notable features at this price point. We like that it has a wide temperature range, with 7 settings to dry between 35 and 70 degrees celsius. You don't have to rotate the trays, and it has 6 plastic shelves.

The Sunbeam Food Lab scores nearly 3.5 stars from nearly 10 reviews on ProductReview.com.au, and many Aussies think it's good value. On the flipside, there are two major complaints. Some folks have issues with faulty machines, and several complained about the plastic trays. While one reviewer complains they're difficult to clean, another says their trays have snapped over time.

You're looking for a horizontal dehydrator on a budget.

The EziDri Ultra Digital is a fancier version of the EziDri Snackmaker, with a microcomputer-controlled digital timer, and space for up to 30 trays of produce at once. Vertical machines like this one can be better for drying delicate things like herbs or berries. The timer lets you set and forget for up to 48 hours, and the temperature ranges from 30 to 70 degrees celsius. It also has a 2-year warranty.

The EziDri Ultra Digital comes with 5 trays, as well as solid and mesh sheets for roll-ups or smaller items. Its unique airflow pattern is designed to inhibit bacteria, mould, or yeast growth during the drying process. It scores a full 5 stars from a handful of reviews on ProductReview.com.au, and Aussies rate the customer service. It's also meant to be pretty quiet, but for over $300, it may not be the best value dehydrator.

You want a top-of-the-line vertical dehydrator.

The Sunbeam DT5600 is one of the cheapest food dehydrators in Australia at just over $100. You can pick one up from major retailers, too. The low price of the Sunbeam DT5600 is reflected in its features, with just 3 heat settings for different kinds of foods. It's ideal for beginners, coming with 5 stackable drying racks and a fruit roll tray.

This Sunbeam dehydrator is one of the simplest you can buy. As one Aussie on ProductReview.com.au says, 'all it really is is a hair dryer blowing hot air down a series of sieves.' Some complain that it's noisy, and the short lifespan of these machines means the majority of Aussies aren't big fans, scoring it almost 2 stars from over 60 reviews.

You just want the cheapest dehydrator on the market.

What should I look for in a food dehydrator?

Should I get a dehydrator?

A food dehydrator might seem like a niche product, but you'll find they have plenty of uses if you're someone who loves their garden or the great outdoors. Dehydrating food is a great way to preserve fresh fruit and veg, so anyone who's ever had a late-summer tomato glut will see value in these machines.

If you're thrifty, you might also be able to use your dehydrator to buy produce in bulk. Drying food concentrates flavours, and is a healthy way to get more produce into your diet. You don't need to add anything to your produce before drying it out. This makes for healthy and delicious snacks with a long shelf life.

Speaking of shelf life, a dehydrator is also a good idea if you go camping or tramping often. Reviewers on ProductReview seem to have dehydrated anything and everything - from hummus to beef jerky. You can save money by dehydrating meals at home before your trip, which also makes your food lighter to carry on long walks.

What's the difference between vertical and horizontal dehydrators?

Horizontal food dehydrators tend to be larger and pricier than their vertical cousins, but they often have longer warranties, and offer better heat distribution. These machines are more like mini-ovens which operate around 30 to 70 degrees celsius. Horizontal dehydrators usually come with sturdy trays, and many have clear windows so you can monitor your food drying.

Vertical dehydrators have a base fan that blows warm air through a set of stacked trays. These dehydrators are easier on the wallet, and can be gentler on delicate foods like berries or herbs. At the same time, they're not as efficient as horizontal dehydrators, as the heat distribution is not as even. Many models require trays to be rotated, and they may also be unsuitable for drying meat or making jerky, as this requires more heat for food safety.

Can I put the dehydrator trays in the dishwasher?

No. Unless the instruction manual says otherwise, it's not a good idea to put food dehydrator trays in the dishwasher. The heating elements of dishwashers can go as high as a conventional oven. Most dehydrator trays are only designed to be heated at an upper limit of around 70 degrees celsius, so high heat may damage or warp your trays.

What food can you dehydrate in a dehydrator?

You can dehydrate almost any kind of food in your dehydrator. Some of the most common uses are making dried fruit or fruit roll-ups, including raisins, apple chips, or tomatoes. While these machines won't freeze-dry ingredients, you can dehydrate lemon or orange peel to grind for baking or seasoning. Crystallised ginger is another option, and some have even successfully dehydrated hummus to take camping.

Food dehydrators can also be used to dry meat, but food safety guidelines recommend that you cook your meat to at least 75 degrees celsius first. Reviewers on ProductReview.com.au have had success making beef jerky, dog treats, and salami. If you plan to dehydrate meat, a horizontal dehydrator may be a better choice, as the airflow is more even, and the thermostats tend to go higher.

References +
Friends don't let friends buy bad stuff.
Sign up and get our best buys plus other goodies delivered straight to your inbox.
Success! You're in!
Oops! Something went wrong while submitting the form.
Join
US
On this page
Food DehydratorsIntroductionOur top picksHow we pickedHow we pickedAt a glanceFirst thoughtsUsing itThe final wordThe competitionFeatures to considerUpgrade featuresThe bottom lineFAQs
Related 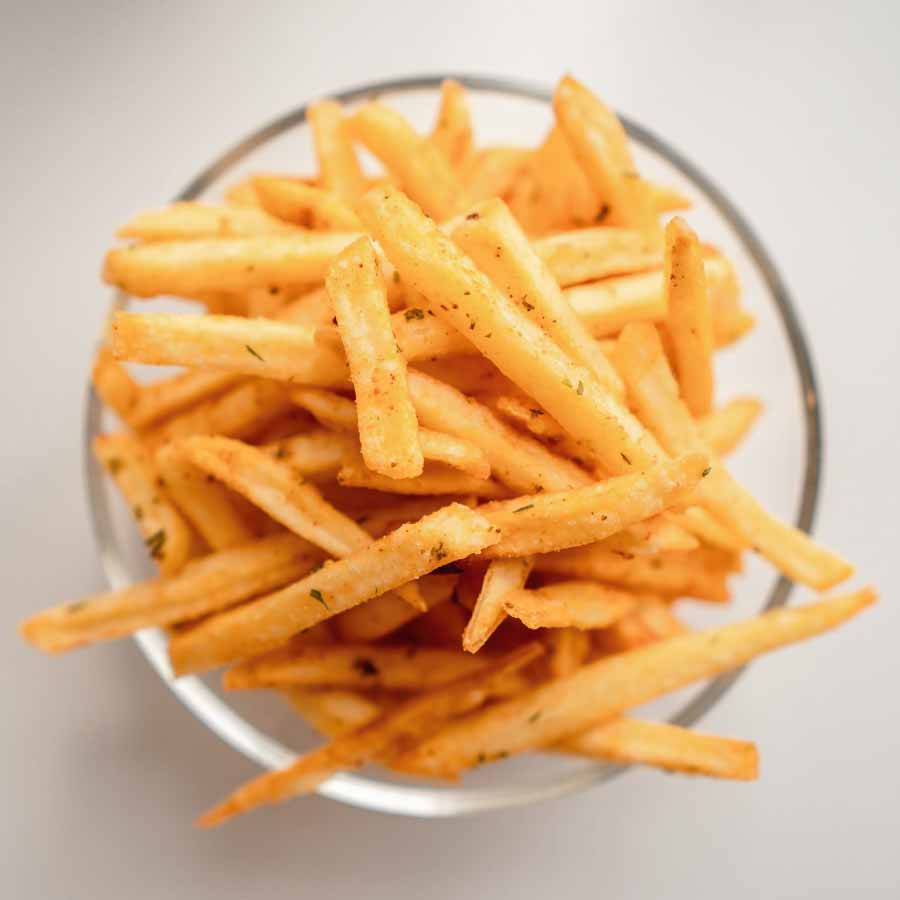 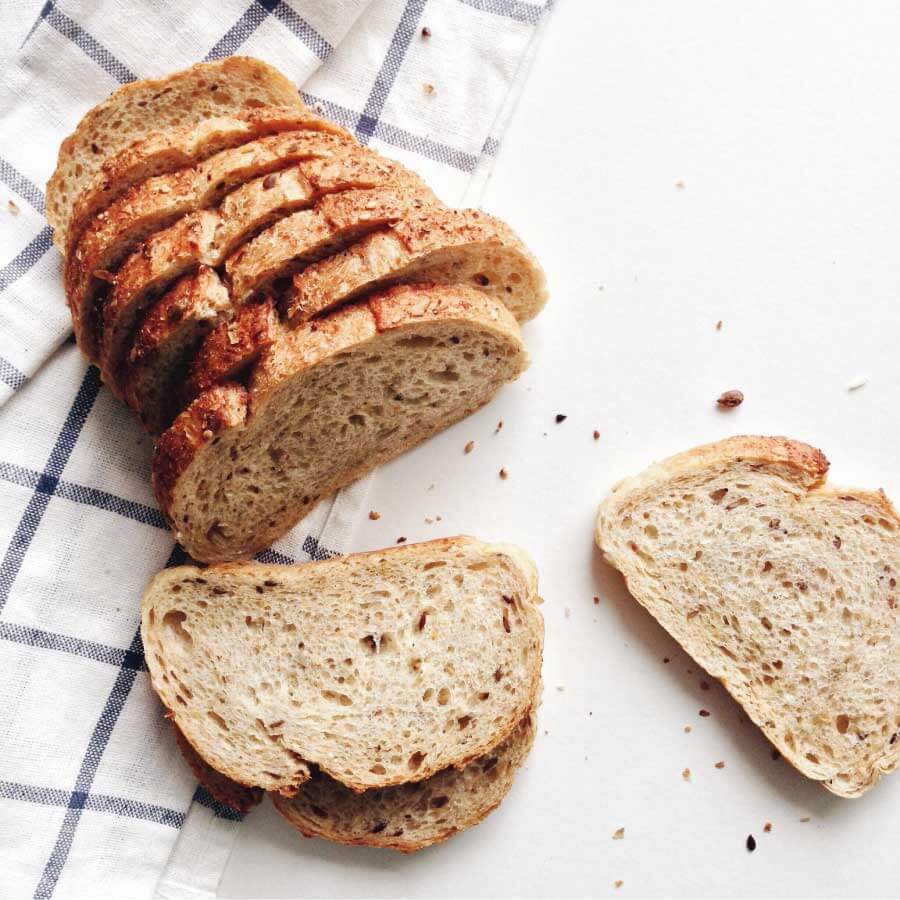 The Best Bread Maker for Bakery-Style Bread at Home
->
Kitchen 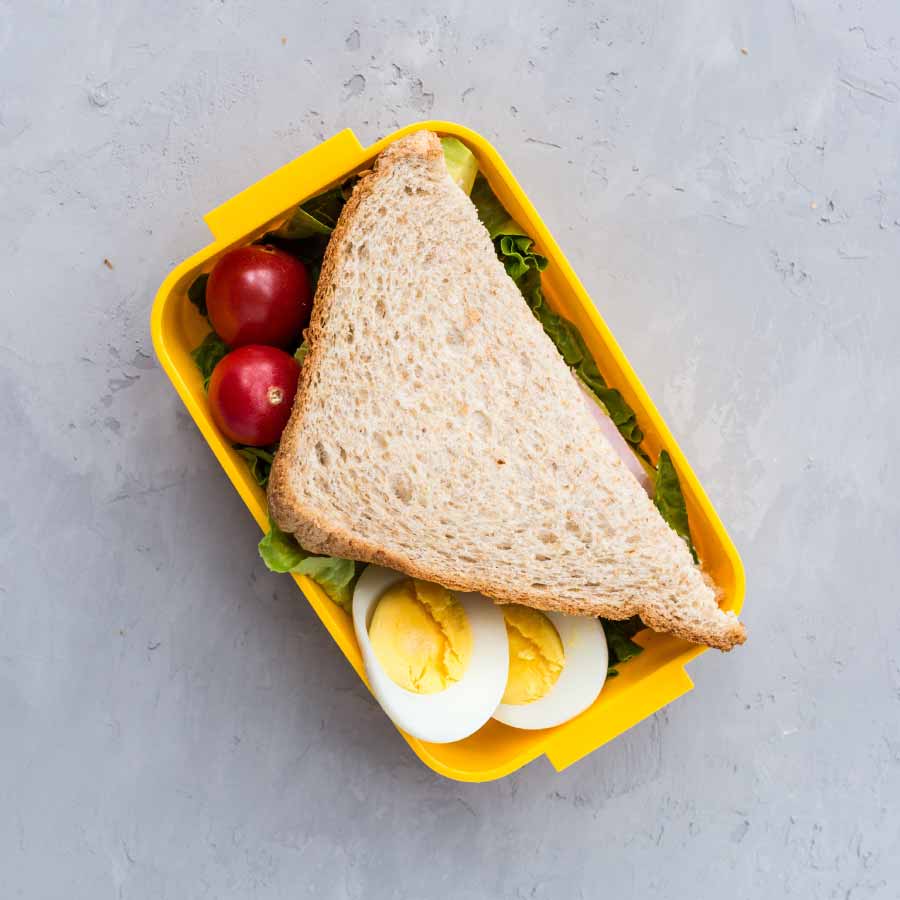 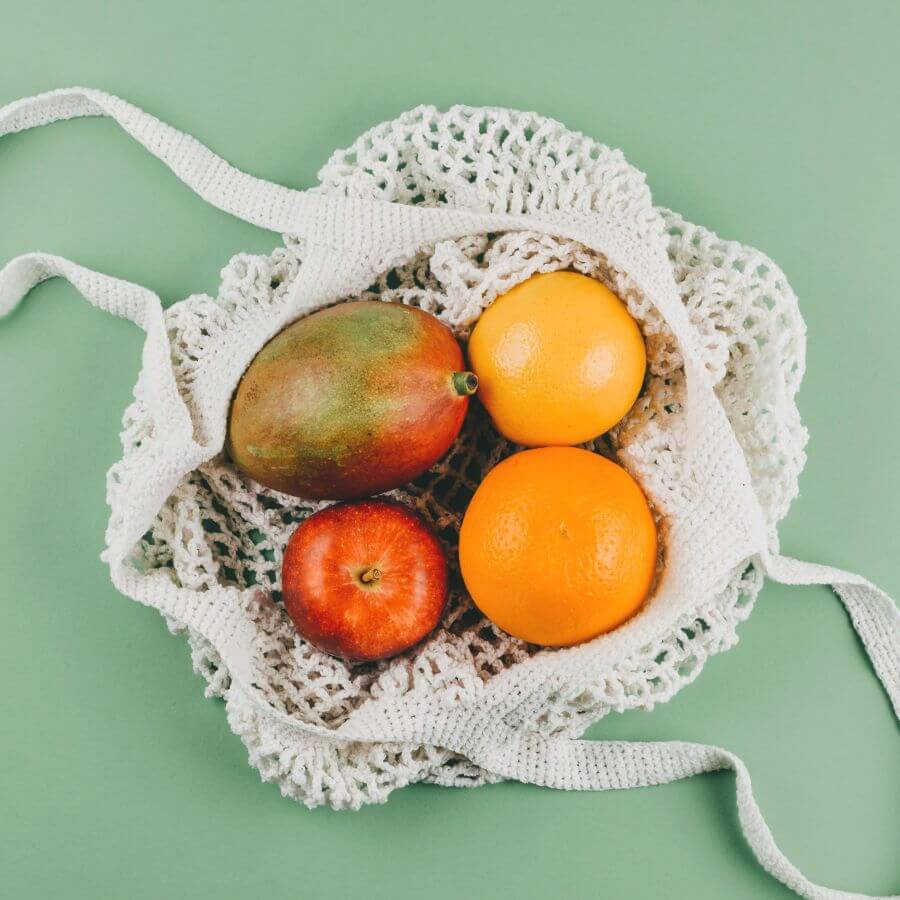