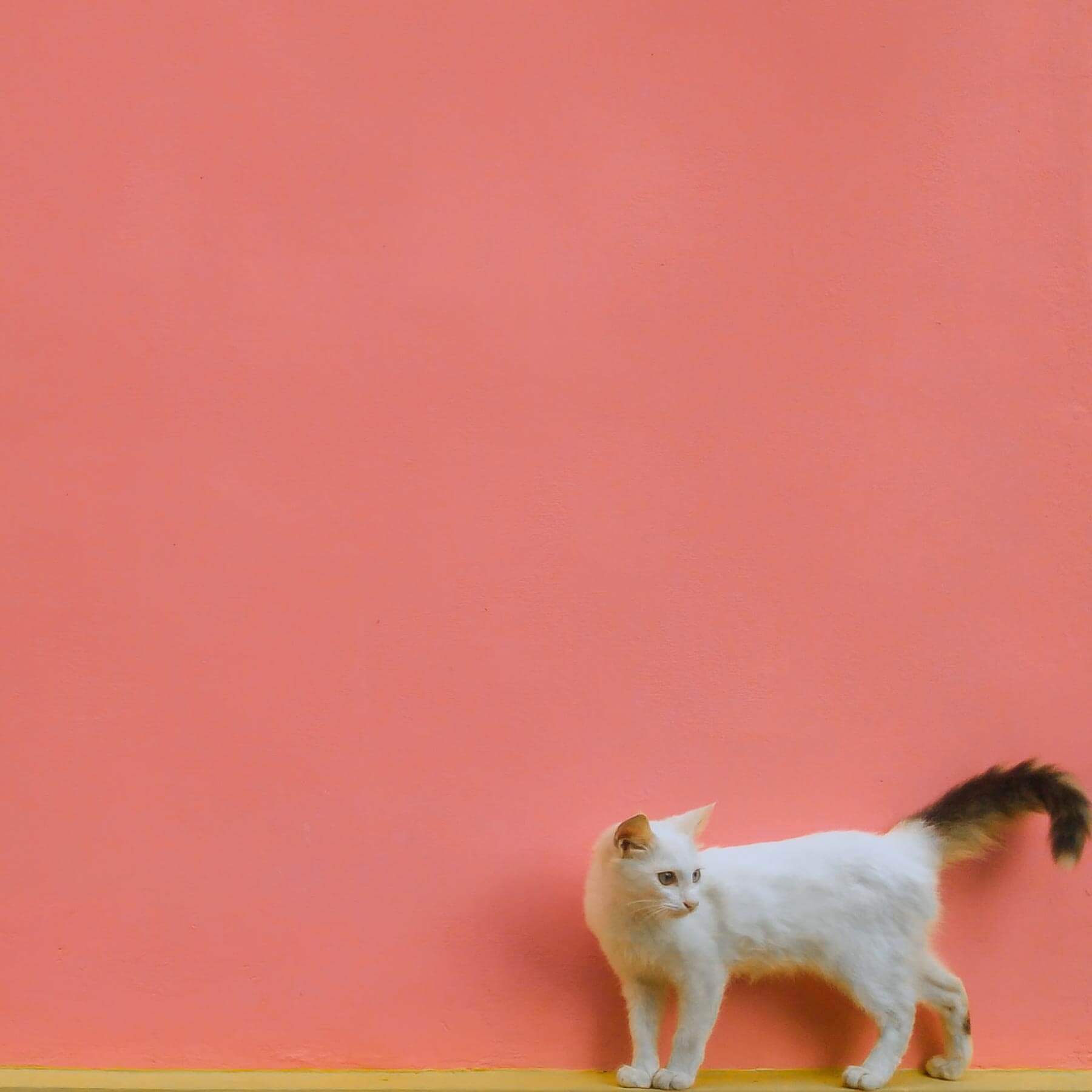 Do you have trouble keeping tabs on the furriest members of your household? A GPS pet tracker is one way to ease your mind when they’re out of sight. The best pet tracker is small and lightweight, with a secure collar fastening and long battery life. It also has a good tracking range, with geofencing alerts for when your pet decides it’s a good time to play Marco Polo. 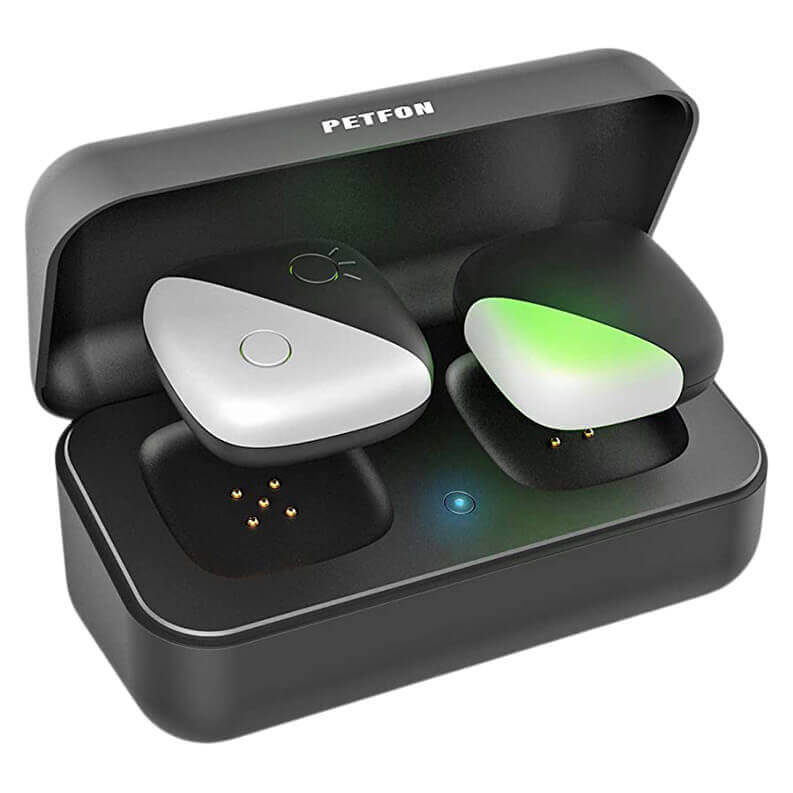 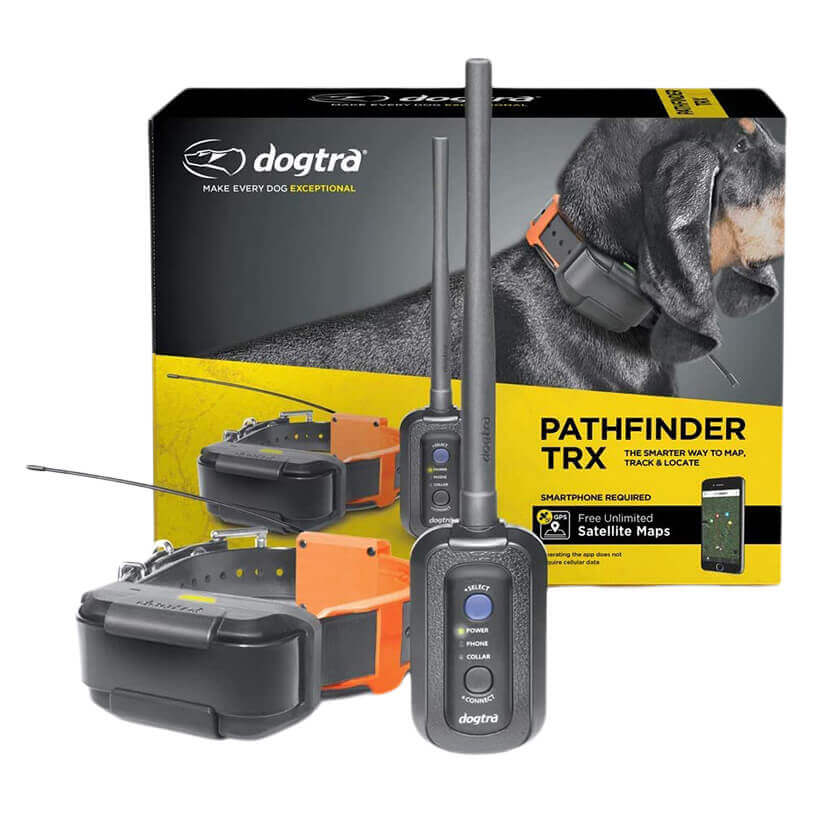 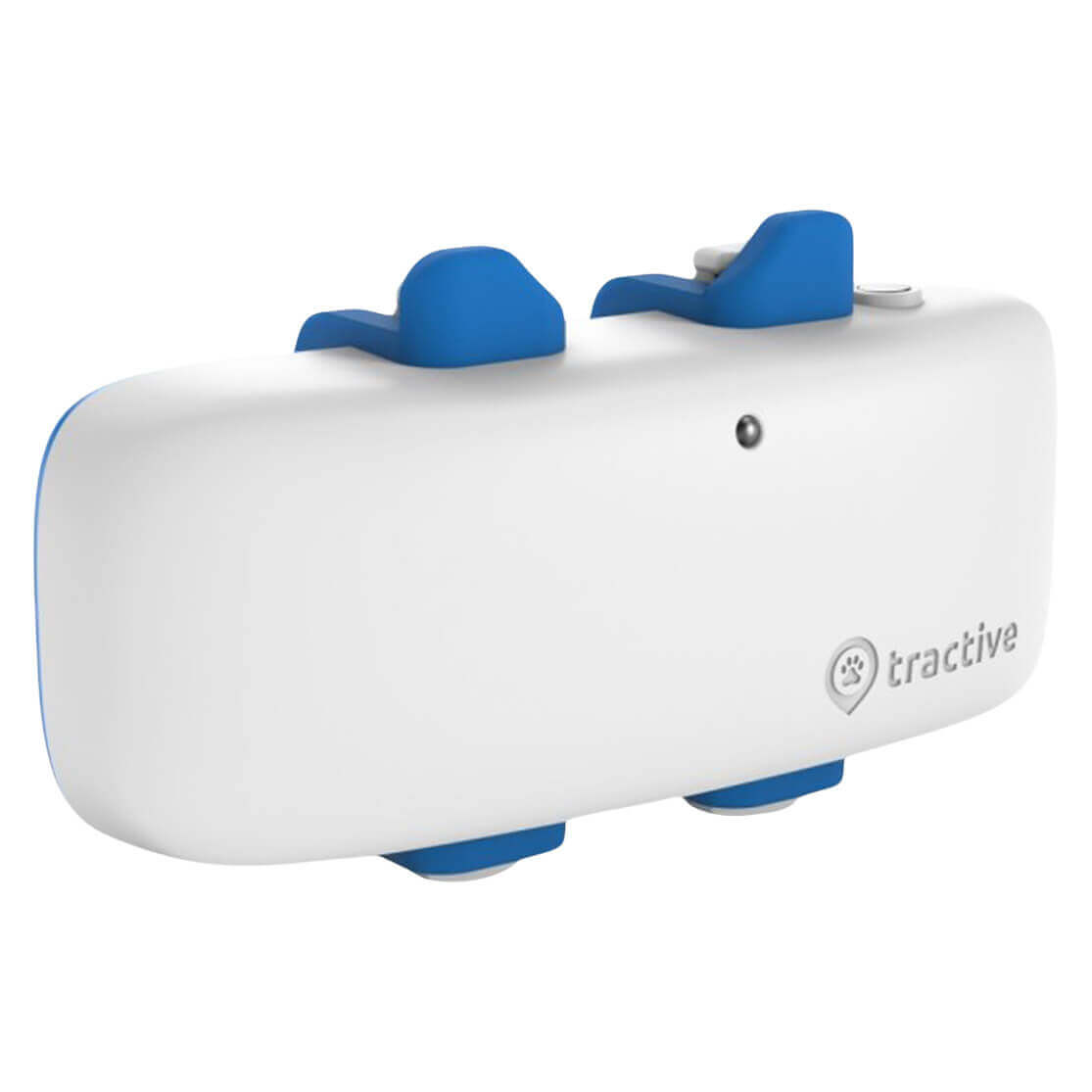 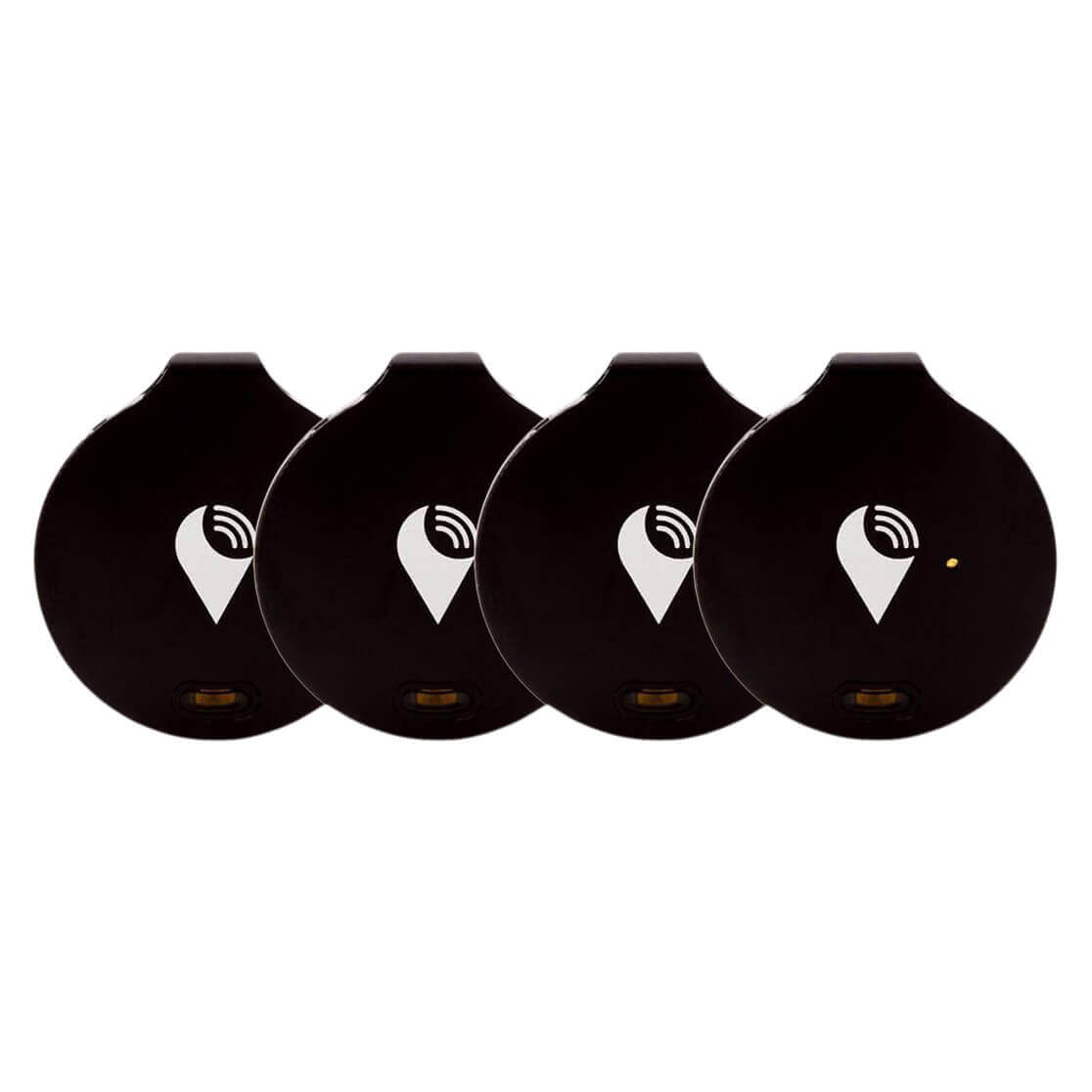 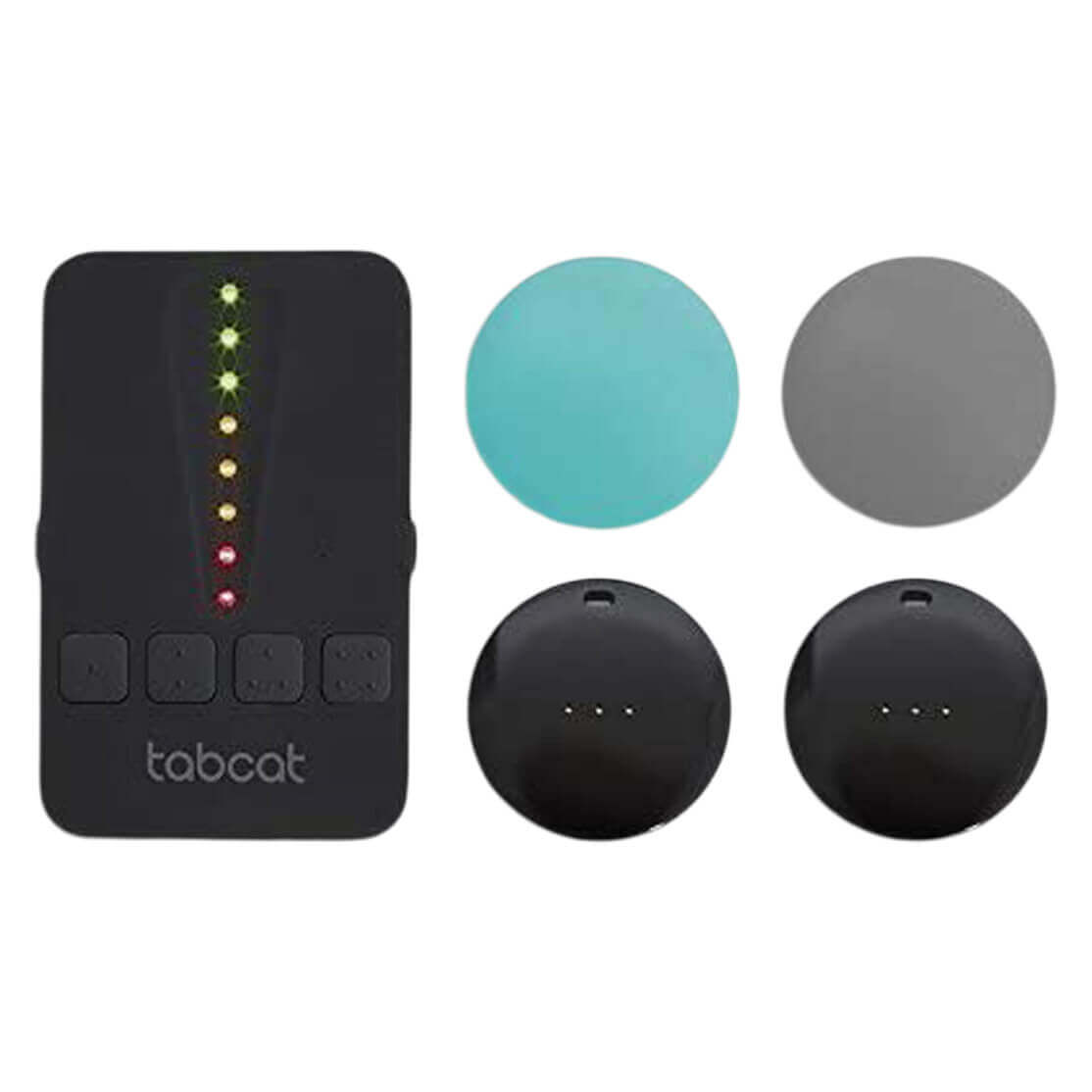 To hunt down the best GPS tracker for cats and dogs, we started by checking CHOICE, Australia’s biggest consumer advocacy group. CHOICE has only reviewed the TrackR Bravo, so we added this device to our list and headed over to ProductReview.com.au. Most were very poorly reviewed, so we cast our nets wider.

After having a nosy at picks by international guides, we started tracking down Australian equivalents with a little window shopping. Amazon.com.au had the widest selection of pet trackers, and we used some of their reviews to help guide our picks. After crossing off devices that don’t work outside of the USA, we settled on our top choices. That’s how we ended up with our guide to the best GPS pet trackers in Australia.

The best pet tracking for walking

We reckon the PETFON Pet GPS Tracker is ideal for most dog owners, as it's small, durable, and rainproof, combining GPS and WiFi to track your dog during walks. It also works without cell coverage. We like that you can store voice commands on the tracker to recall your pooch if they decide to wander.

The PETFON Pet GPS Tracker also has a geofencing option so you can mark a 'safe' area for your pet's daily roaming. Reviewers on Amazon score this tracker 4 stars from over 800 reviews. They say the customer support is top notch, and most people rate its small wireless changing system. For about $190, it's not the cheapest pet tracker, but there's no ongoing subscription, and PETFON offers a 30-day money back guarantee for peace of mind.

If you need a top-tier dog tracker for bush treks or hunting expeditions, you can't go past the Dogtra Pathfinder Trx. It's the priciest GPS on our list at around $560, but it's hands-down the most reliable of all the pet trackers we found. With a 9-mile radius and 2-second GPS update rate, this waterproof e-collar is approved by the American Kennel Club. You can track up to 21 dogs at once with the Dogtra system, though you'll need to purchase additional collars.

The Dogtra Pathfinder Trx allows you to create custom geofence alerts, and reviewers on Amazon say it's 'good quality with reliable tracking.' They score it over 4.5 stars from more than 20 ratings, and many rate the battery life too. The only complaint is that the app drains your cell phone battery quickly. But given its dependability, we reckon it's a safe bet.

The Tractive GPS Dog 4 Pet Tracker is designed to fit comfortably without impacting movement, but we reckon its size makes it better for larger breeds. This tracker comes with built-in LTE for optimum accuracy. LTE stands for ‘Long Term Evolution’ and refers to a certain kind of telecommunications technology. Jump to our FAQs for more on jargon.

With Virtual Fence, you can set up safe zones to receive alerts when your dog wanders. The heatmap and location history also let you keep tabs on your dog's routine. The Tractive GPS Dog 4 Pet Tracker scores around 4 stars from more than 1,000 Amazon reviews. Some Aussies say the GPS isn't the most accurate, while others aren't pleased with the battery life. You'll need a subscription for this one too, with options starting at $5.83 a month.

At around $50, the TrackR Bravo is one of the cheapest pet trackers we found. Not only does it help find your pets, but you can also locate your smartphone with its item ringer. It’s reviewed by CHOICE, and the TrackR Bravo has Alexa integration, too. This budget tracker works a little differently to others, using Crowd Locate to create a local GPS network in your Bluetooth vicinity.

The TrackR Bravo relies on other TrackR users to build a collective network range. Because there may not be enough users in your area to build comprehensive coverage, it's best for keeping tabs on your pet around the home. This gadget scores nearly 3 stars on Amazon from over 600 reviews. Some are frustrated by its low range, while others aren't happy with the battery life.

The best pet tracker for cats

If you're after a pet tracker for cats, the TabCat Pet Tracking Cat Collar Tracker claims to help you locate your pet within 1-inch of their hiding spot. At only 5 grams, this lightweight tracker gives you both audio and visual clues, telling you which way to walk to find your pet. It uses RF (radio frequency) technology to track your pet (see our FAQs for more info).

There aren't any subscription fees, but the TabCat tracker comes in at just under $180. This tracker works for dogs (and your keys, wallet and phone), too. The TabCat tracker scores nearly 4 stars from over 400 reviews on Amazon. Most reviewers rate the accuracy of this device, though this is limited to its 122-metre range. One Aussie says it's 'value for money.' Another says it '[eats] batteries,' going through one a week. The TabCat tracker comes with a 100% money back guarantee.

Do I need a pet tracker for my pet?

While a pet tracker is next to useless on a goldfish, it’s a good idea for cats and dogs who like to wander. Because pet trackers have vastly different tracking ranges, some are better suited to finding cats or small dogs around the house or neighborhood, while others are more ideal for serious bush treks. Trackers can help you keep an eye on your cat or dog while you’re at work. They may also be useful for travelling with pets.

How does a pet tracker work?

There are a number of different tracking technologies used by different devices. Some of the most common are GPS, RF, bluetooth and LTE. Let’s break them down.

GPS is one of the more popular systems used in wide-range pet trackers. GPS stands for Global Positioning System, and it’s a service operated by the United States Space Force. While it’s free for anyone with a GPS receiver, this system needs a clear line of sight to 4+ satellites to determine location.

Using radio waves, GPS calculates the location of the receiver based on the time it takes to receive signals from different satellites. Because they often work without internet connection, these kinds of trackers are best for hiking or bush expeditions.

LTE, or Long Term Evolution, is European technology also used by some pet tracking devices. Somewhere between 3G and 4G, it’s a wireless network based on internet protocol, or IP standards. LTE-based gadgets usually rely on cellular networks, which means they’re best suited to tracking around the neighborhood or inside the home.

How is a pet tracker different from a microchip?

While both technologies are designed to keep your pet safe, pet trackers and microchips serve different purposes.

A pet tracker is usually much larger than a microchip, housing wireless technology that allows you to actively track your pet from a receiver device like a mobile phone. Pet trackers rely on different network technologies to transmit live information about your pet’s whereabouts. If the batteries run out on transmitting or receiving devices, you won’t be able to see the live location of your pet.

A microchip is much smaller than a pet tracker, usually about the size of a grain of rice. It’s inserted under your pet’s skin. These chips aren’t big enough to house GPS tracking, and don’t rely on bulky batteries. Microchips are used to store information about your pet, including your contact details. Vets, councils and animal shelters can scan them to get in touch with you if your cat or dog is found.

Microchips don’t actively pinpoint your pet’s location on a receiver, but pet trackers aren’t as useful when their batteries die, or when your pet strays out of range. Microchipping is currently mandatory for dogs in Tasmania, and for both cats and dogs in ACT, NSW, QLD, WA and VIC. This means pet trackers are a way to keep an active pinpoint on your animals when you’re out and about, while microchips are an essential backup to help reunite you with your pets if they’re found without you.

Whether or not your pet tracker works offline depends on the kind of technology it uses. GPS trackers with a separate receiver, like the Dogtra Pathfinder Trx, generally work without cell phone data, as they rely on satellites to transmit information to the receiver rather than mobile networks or the internet. That said, you’ll still need charged batteries and pre-downloaded maps to pinpoint your pet.

Pet trackers that rely on technologies other than GPS are more likely to require an active internet connection, but this can vary depending on the network system your pet tracker uses. If you’re heading off-grid, GPS pet trackers with separate receivers offer reliable long-range tracking. But if you’re just monitoring your dog around a local area, LTE, Bluetooth, and RF-based systems should do the trick. 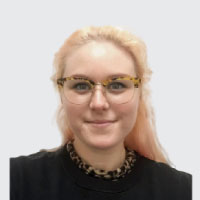 Or how to give your dog the glamour treatment at home. 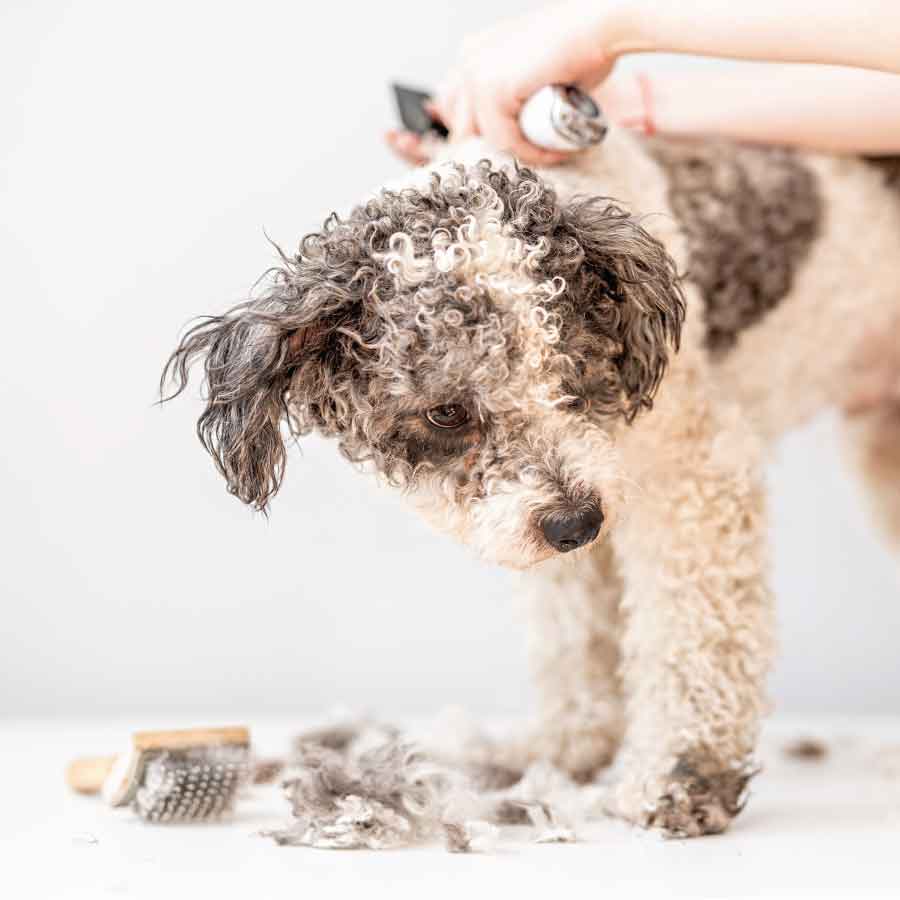 The Best Dog Bed For a Snuggle-Worthy Snooze

Or how to soothe a stressed-out pup. 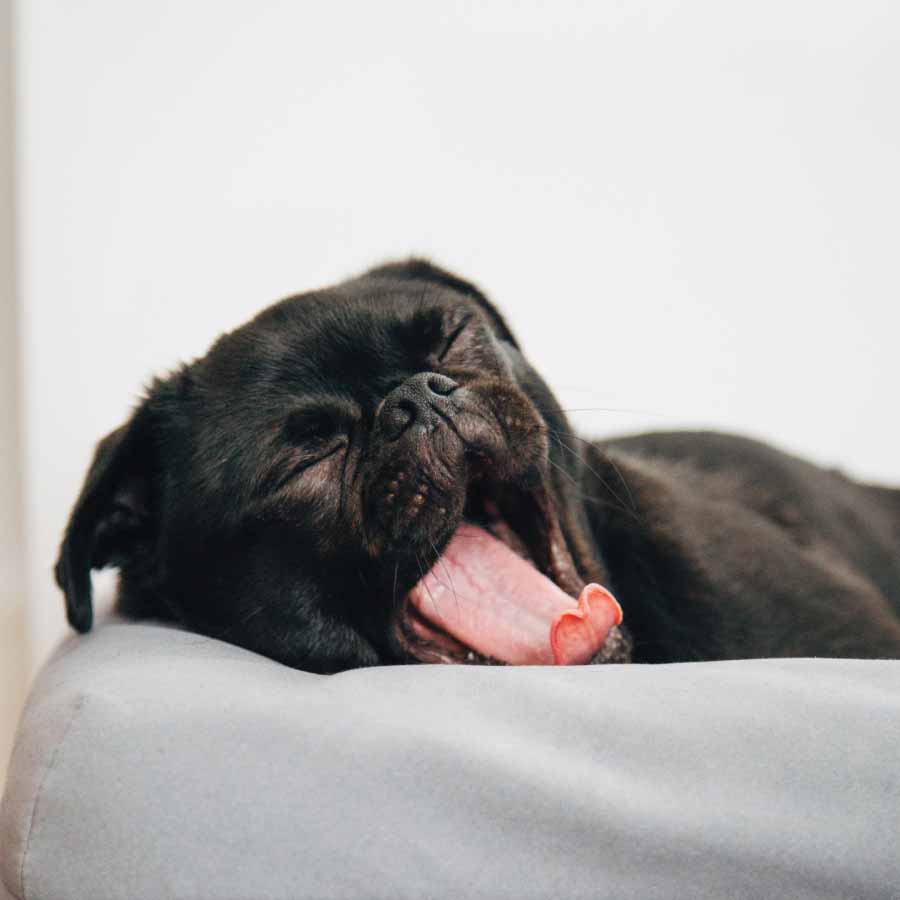 Pets
The Best Dog Clippers for a Well-Cropped Canine

Or how to give your dog the glamour treatment at home.

Pets
The Best Dog Shampoo for a Clean Canine

Or how to puppy-proof the couch against muddy paws. 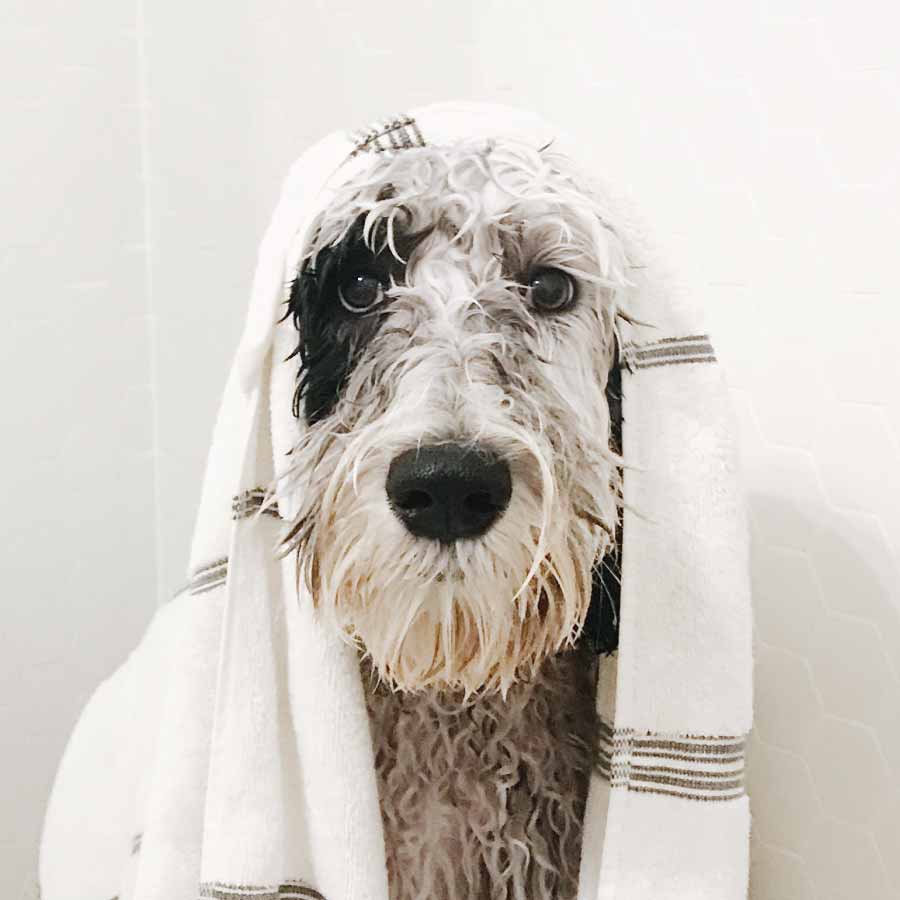 Pets
The Best Dog Bed For a Snuggle-Worthy Snooze

Or how to soothe a stressed-out pup.